“It’s a joy for me to combine my passion for aviation and education,” declared Latessa Meader, Director of the ASPIRE Aviation Summer Camp. “We’re helping students explore the forces of flight through hands-on physics experiments that demonstrate Bernoulli’s Law, and we’re working to build new foundations in math fundamentals, vocabulary development, and teamwork challenges—all through the ASPIRE curriculum.”

“But for me, the most inspiring part of this camp was not the information volunteers were sharing with the students, but the attentive in-depth questions campers were asking once they learned a bit about the basics of a certain career,” Meader continued. “The excitement exuding from the campers as they envisioned themselves in various careers was truly a sight to be seen.” 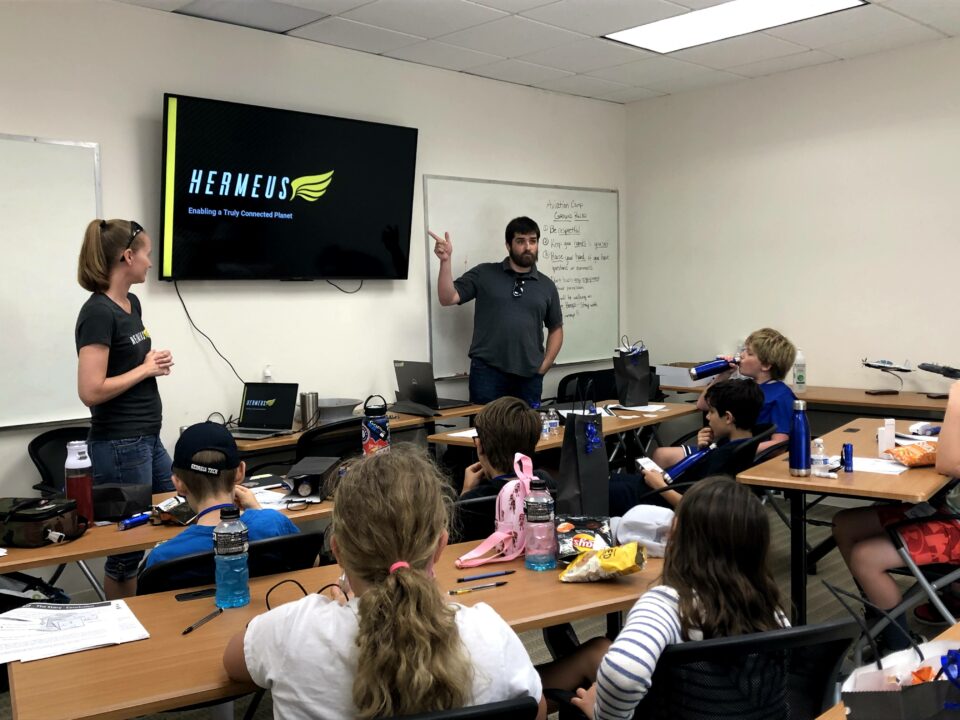 The ASPIRE education program was developed by the Inspire Aviation Foundation, a 501c3 non-profit organization, founded by a group of civilian leaders and aviation professionals dedicated to the goal of bringing a world-class air and space museum and educational center to the Atlanta metro area and the Southeast. Inspire Aviation Foundation is currently in the process of finalizing an agreement to lease a hangar and office space at Peachtree DeKalb Airport (PDK) to teach the internally-developed ASPIRE curriculum, as well as aviation curriculum developed by Georgia Department of Education, and nationally-recognized curriculum from the EAA and NASA. It’s estimated that this facility at PDK will be able to host approximately 1,500-2,500 students in the first school year (2023), as well as provide the ability to continue to run summer aviation camps. At full capacity, the Education Center aims to impact, in person, classrooms, and telematically over 15,000 students a year. This will be the first step towards the long-term goal of the Georgia Air & Space Museum and Education Center—a campus of learning, entertainment, research & development, tourism, economic development, and community involvement.

About the Georgia Air & Space Museum and Education Center

The Georgia Air & Space Museum and Education Center (dba Inspire Aviation Foundation, a 501(c)(3) non-profit organization) was born by a group of community leaders, educators, business, and aviation professionals in 2017. The foundation is dedicated to the goal of bringing a world-class air and space museum and educational center to the Atlanta metro area as well as to building a passion for life in Aviation, Aerospace, and Science, Technology, Engineering, Arts, and Mathematics (STEAM). The mission of the Georgia Air and Space ASPIRE Education Center is to create an environment where students are excited to learn and their imagination takes flight. The Center will increase awareness of Aerospace STEAM career opportunities and facilitate progression into rewarding career fields. For more information visit www.georgiaairandspacemuseum.org

Posted in News
Scroll To Top