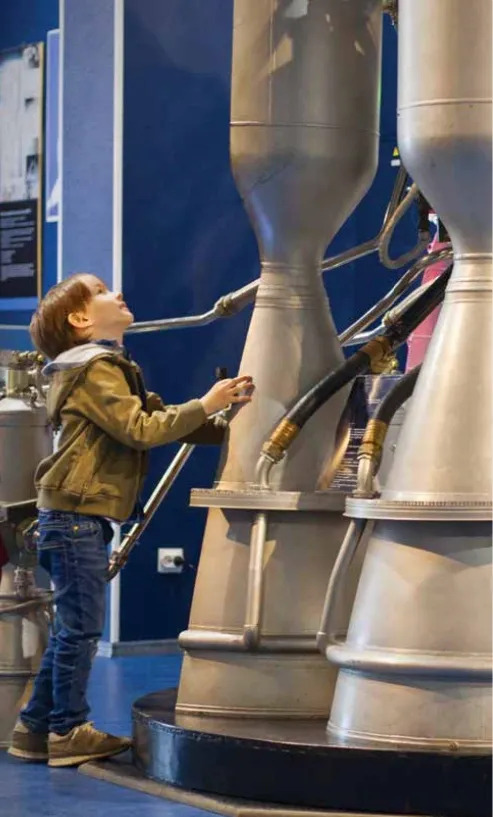 The Inspire Aviation Foundation, a 501c3 non-profit organization, was born from a group of civilian and military aviation professionals and enthusiasts dedicated to the goal of bringing a world-class air and space museum and educational center to the Atlanta metro area. Our mission is to electrify the imaginations of those who may never have even stepped foot inside a museum. We want to introduce them to an entire campus centered on an ecosystem of activities and engagement, including learning, entertainment, research & development, and tourism. This campus will be designed and built with a goal of stimulating both the financial and personal growth of the community around it.

The Georgia Air and Space Museum will be founded at the core to build aspiration for a life in Science, Technology, Engineering, Arts, and Mathematics (STEAM). Our program will be designed to spark the dreams, but—more importantly—provide a path to those dreams from childhood throughout a life connected to aerospace. By touching the aspirations of those with an interest in aviation and developing a platform to nurture that interest throughout their entire lives, we plan to strengthen the future of aviation as much as we honor its past.

Locating this campus in Georgia simply makes sense. We have strong support from the Peachtree Gateway Partnership, including the vibrant Georgia cities of Brookhaven, Chamblee, Doraville, Dunwoody, Peachtree Corners, Tucker, and Peachtree DeKalb Airport along with Community Improvement Districts (CID).  We also have strong support from the Dekalb Development Authority and Discover Dekalb Convention and Visitors Bureau. Excitement continues to build around this ground-breaking concept and what it can accomplish for the growth and development of both local communities and the aerospace industry as a whole.

The Georgia Air and Space Museum will become a centerpiece for economic development in the Dekalb-Peachtree Airport perimeter. It will be an event center to meet community needs, an educational campus to foster interest in aerospace and technical careers, a tourist attraction for the county, an economic industry driver for the state and a center of activity for aviation enthusiasts.

Georgia’s connection to aerospace has deep roots, with a rich history in aviation, manufacturing, transportation and logistics. Some of the state’s aviation milestones include:

The story of Georgia’s role in the history of flight changed the world, with the exploration of new frontiers and the human stories behind the history. The Aerospace DNA of this state can inspire kids from 1 to 100 to discover why, how and where we came from and what the path forward is as our heritage is carried by new generations.